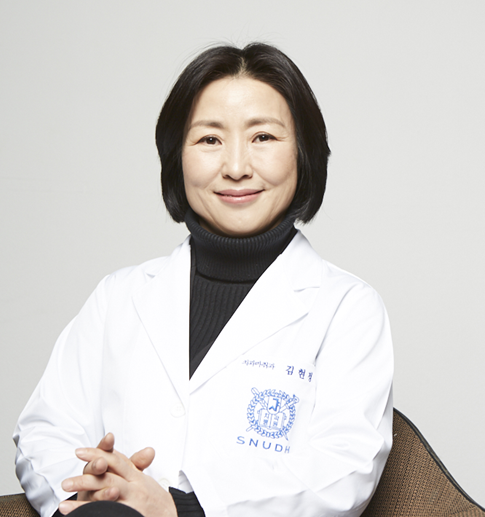 The global healthcare sector is being immersed more and more by the Fourth Industrial Revolution. Korea has also emerged as a "technology powerhouse" as the nation is seeing new innovative startups that are working on visualizing the once futuristic technology to real life. Korea Biomedical Review, on the occasion of its third anniversary, met with up-and-coming CEOs from various healthcare startups to hear about their company and what they believe is going on in Korea's dynamic healthcare startup scene. The fourth guest is Kim Hyun-jeong, CEO of SMDsolutions. – Ed.

SMDsolutions is a startup that garnered global attention during the CES 2020 from Jan. 7-10. The company has even won the CES Innovation Award for COMORAL, the world's first oral cleansing device specifically developed for physically vulnerable people, including the elderly and patients.

The Korea Biomedical Review met Professor Kim to see how the company views the result of the trial and what it has planned for in the future.

Question: Please introduce SMDsolutions.
Answer: SMDsolutions, also known as Seoul Medical Design solutions, is a company that designs medical devices that can actually be used in the real clinical world.

While some people might think that medical design is just making devices pretty, but it is far from that. Medical design is to think about the license and combine the clinical verification and the necessary elements into the whole plan.

The concept was originally conceived at Stanford University, but when we started to brainstorm on the idea after establishing the company in 2016, we immediately learned that such a design is really needed in the field.

So we established the company as a subsidiary of Seoul National University to commercialize such ideas in 2016.

Q: Can you explain the specific product of the product that won the CES Innovation Award?
A: It's an oral irrigation unit medical device. As it is a medical device, it requires strict quality control according to the medical device.

And at first, we designed medical design to alleviate and prevent periodontitis, and we found that the device also has a new plaque removal effect while conducting clinical trials last year.

The device can powerfully cleanse the oral and removes the debris between teeth and underneath the gum line by using water. The debris after cleansing is automatically removed through a specially designed drainage tube.
The powerful cleaning effect of the device also results in the gum massage, removal of bad breath, and prevention of secondary infection caused by an inflow of microorganisms in the mouth.
The device is designed to address user convenience and efficiency as it only takes less than a minute to complete its task, while hospitals can use the device on multiple users as it can simultaneously serve up to 20 users. Also, as the users are provided individual mouthpiece, it is very hygienic.
The company has received approval as a medical device in Korea and U.S. and plans to apply for approval in Japan and EU as soon as we complete the current clinical trial.

Q: What kind of clinical trial?
A: Last year, we conducted trials on 15 healthy people and confirmed the plaque removal effect of the device. We are now starting a clinical trial to look at the long term effect of reducing or preventing periodontitis at nursing homes. While we planned to start the trial this month, we had to postpone it due to the outbreak of the COVID-19.

Q: How is the device different from other conventional devices?
A: Other devices don't have a suction function. Therefore, when the device shoots water,there is no risk of the water going into the patient's lungs. Also, commercial products are personal home appliances, and there is a lack of evidence such as clinical trials on the effects and performance of such devices, while our product is a professional mouthwash device designed for the use of vulnerable people.

Q: What are your plans for mass production and sales and marketing?
A: Our device is targeted to make medical devices that have a high unmet medical need. Fortunately, at the CES, the head of a local government showed interest in our device and made a suggestion.
They said they would buy a few and try it out this year and then give us a pilot project if they are satisfied with our device. Also, our product received very keen interest from customers from the U.S., Canada, and Japan.

Some U.S. customers even asked us if we had any plans to manufacture the device in the U.S. We are thinking about whether or not to establish a subsidiary in the U.S.

Q: Have you had any problems navigating the regulations in Korea?
A: The biggest concern is patient data. As we are part of Seoul National University Dental Hospital, this has not been such a big problem for us than other companies. Nevertheless, it is a big obstacle for us to receive approval from an IRB (Institutional Review Board) every time.

In fact, if the data is anonymized, we believe that they will be a problem in using the data. Of course, patient privacy must be thoroughly protected, but blocking the use of such data due to privacy concerns will botch down innovation, and we have so much to lose from it. Therefore,the government should make patient data more accessible.

Q: What are the company's near- to long-term goals?
A: Well, we plan to become a digital healthcare powerhouse not only in Korea but also globally.

Q: Do you have any additional remarks on why potential customers or partners should choose SMDsolutions?
A: I am a medical professional who is an expert on anesthesia. I also have a wide experience in developing drugs, biomaterial and medical device, where I have acquired a wide research network. I firmly believe I am one of the few people who can converge design into medical devices in Korea.